There was nary a child in the 90s who didn’t love Goosebumps, the horror-lite book series by R.L. Stine. Some of them were just ridiculous (such as the evil sponge in It Came From Beneath the Sink!) and others were downright creepy. I like to think of Goosebumps as a gateway drug to darker and scarier things, which maybe explains why I started reading Stephen King at the age of 10.

The first book of this series, Welcome to Dead House, was published in 1992 and over the next five years, a total of 62 books were published. They inspired a TV series and a feature film starring Jack Black, but don’t hold that against the books.

After that, several spin-off series were created, including Tales to Give You Goosebumps, Give Yourself Goosebumps, and Goosebumps 2000. After 2000, Goosebumps books declined in popularity as 90s kids graduated high school and went to college. Then, in 2008, Goosebumps was renewed and some of the favorite villains were revisited, such as Slappy the nightmare inducing ventriloquist dummy.

In honor of the 25th anniversary of the advent of this series, I have compiled a list of what I consider to be the five best Goosebumps books:

Two kids are worried about their botanist father who is spending an inordinate amount of time in the basement after losing his job at the local university–especially once his wife goes out of town. As it turns out, their dad has been experimenting with a weird, evil, sentient plant and he is turning into a plant himself. Kind of like Little Shop of Horrors, but not really. The book ends in a classic sci-fi showdown when it turns out the dad has a plant doppelganger and the kids have to decide which one is their dad and which one is the fake. They choose correctly . . . or do they? 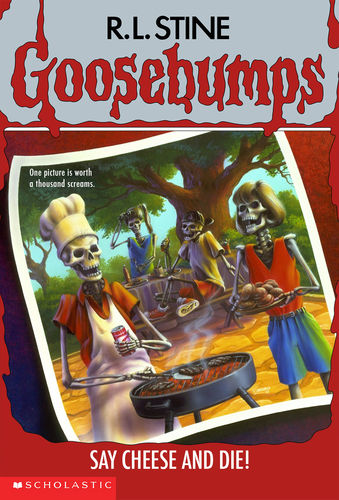 Greg finds a camera in an old abandoned house and decides to embrace his inner shutterbug. However, every time he takes a photo of something, it shows the subject in some kind of horrible accident, such as when Greg takes a photo of his father’s new car and it’s shown completely totaled. Soon after, Greg’s father is in a terrible accident and the car is–you guessed it–totaled. After more terrible things happen, Greg decides to get rid of the camera by returning it to the old abandoned house instead of destroying it like a rational person would do. Then again, at no point during the book does anyone accuse Greg of being a genius. 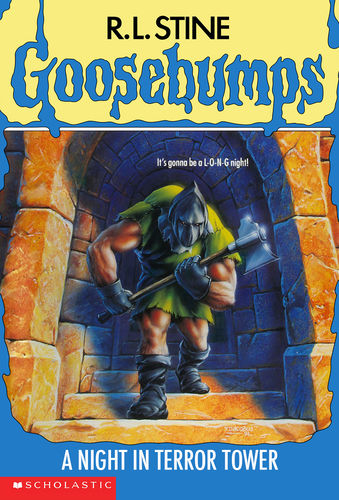 Sue and Eddie are American kids visiting London with their parents. They decide to visit the infamous Terror Tower because Eddie really wants to see it, although he is easily terrified. Something tells me Eddie and I would have gotten along well.

Sue and Eddie stray from the tour group and are chased by an executioner. This seems like an extreme method of keeping kids in line at a museum, but I can’t argue the effectiveness. Anyway, it turns out that Sue and Eddie are long lost royalty who were saved from being murdered by the king by a wizard or something. 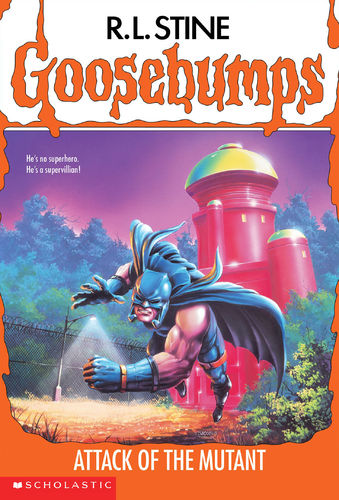 A kid named Skipper (because apparently his parents hated him) loves comic books. His favorite is about an evil villain called the Masked Mutant. One day, while wandering through an unfamiliar part of town, Skip finds a building that looks like the Masked Mutant’s evil lair. As new issues of his favorite comic are delivered to his house, Skip realizes that his favorite villain and superheroes are real and he is now in the comic book and must defeat the Masked Mutant. As an avid reader, I enjoyed the idea of fictional worlds become real. However, I think I enjoyed this one a lot because it reminded me of one of the creepier episodes of Are You Afraid of the Dark? because I’m a glutton for punishment. 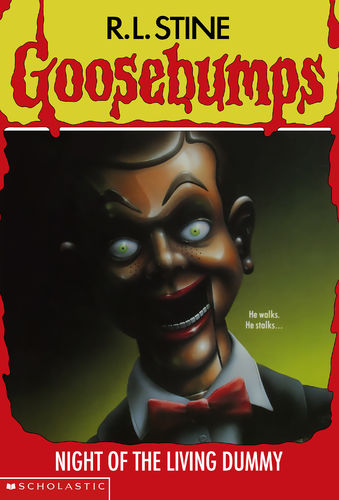 Fuck this fucking ventriloquist dummy and his creepy suit and smile. As the title implies, this is a story about an evil ventriloquist dummy who comes to life and wreaks havoc. Two girls find the dummy in a dumpster and name it Slappy, which seems to me to be justifiable grounds for havoc. One of the girls reads a spell she finds in the dummy’s pocket and it comes to life and tries to ruin the girls’ lives. In order to destroy the dummy, the girls attempt to decapitate the dummy and bury it alive, so the dummy tries to strangle their dog (don’t worry, the dog lives). Finally, the girls throw it under a steamroller and a noxious green gas escapes, making me think that the evil spirit was just a fart all along.

I think the reason why I find this particular book to be so creepy isn’t necessarily the book itself, but it’s really due to the fact that I was a Girl Scout. One day, the other girls in my troop and I were sitting around with our leaders telling scary stories (we weren’t camping, we were just screwing around instead of making keychains or whatever the crap we were supposed to be doing). We swapped the usual urban legends (“the hook was still hanging from the door handle!”) and then one of the leaders decided to bust out this little number.

Once upon a time, there was a little girl who lived with her mother. One day, the mother opened the door and found a large box on the porch addressed to her daughter. Inside was large doll dressed in a tuxedo. The little girl loved the doll immediately.

Her mother didn’t like the doll, but she decided to let the girl keep him and the mother returned to her knitting in the living room. The little girl kept the doll with her all day and at night, she insisted the doll sleep with her. The mother still didn’t like the doll, but she agreed. That night, after the girl’s mother had kissed her goodnight and closed the door, the girl hugged her doll.

“I wish I had a glass of water,” the girl said wistfully. The doll turned its head and looked at her.

The doll rolled off the bed and fetched a glass of water for the girl.

“Thank you!” the girl said.

The next morning, the little girl excitedly told her mother about her doll.

“You must have been dreaming,” her mother said.

“No, it was real!” the girl insisted, but her mother didn’t believe her.

“Are you sure you want to keep that thing?” her mother asked, staring disdainfully at the doll. “Why don’t we get rid of it?”

That night, after her mother had kissed her goodnight, the girl turned to her doll.

“Mommy doesn’t believe you can talk,” the girl said.

“Do you want me to go talk to her?” the doll offered.

The doll rolled off the bed and walked quietly through the house. He passed through the kitchen and crept into the living room where the mother was watching TV, her back to the doll. Beside the couch lay the mother’s yarn and knitting needles. The doll walked silently across the carpet and picked up one of the knitting needles.

“Mommy,” the doll said. “You dropped your knitting needle.” Then he jammed the needle into her neck and stood over the mother as she took her final breath, her blood soaking into the carpet.

Did I leave out your favorite Goosebumps book? Let me know in the comments!