In a somewhat pleasant turn of events, it appears that I will end up winning both of my match ups this week. In one of them, I only squeaked by with a win of 114.9-114.2, but I’ll take what I can get. In the other match up, my opponent still has one player left (Devin Funchess), but our scores currently stand at 92-55 so I’m pretty sure I’m okay.

Even more surprising, I’m actually still in the running for the playoffs in both of my leagues. With a little luck, I might just stumble my way into a decent finish for the season.

Accidentally,
I could win the whole shebang!
But probably not.

I’m surprised I ended up winning this week because my benched players did really well. Isaiah Crowell continues to ruin my day because when he’s in my lineup, he forgets how to football. When he’s on my bench, he remembers how well he can really play and he gets 15 points. Also on my bench was Dion Lewis, who ran back a punt for a 103 yard touchdown against the Broncos.

I was a little worried about my closer match up because had I made a few adjustments to my roster, the score difference would’ve been bigger than 0.7 points. For example, Emmanuel Sanders scored 19.7 points on my bench (where I left him due to his recent ankle injury) whereas Keenan Allen got his lowest score in weeks.

The biggest disappointment of my week was, of course, the Broncos loss against the Patriots. The Patriots started with the ball and went three and out which was magical, but then our freaking punt returner fumbled the ball and the Patriots recovered it right next to the end zone.

Brock Osweiler actually played decently well (if you don’t include that time he hit the guy on the sidelines with the ball and knocked his hat off), but our problem remains the offensive line, special teams, and the FREAKING COACHING STAFF. With 30 seconds left in the first half, we took a knee instead of going for it which is straight out of the John Fox playbook. 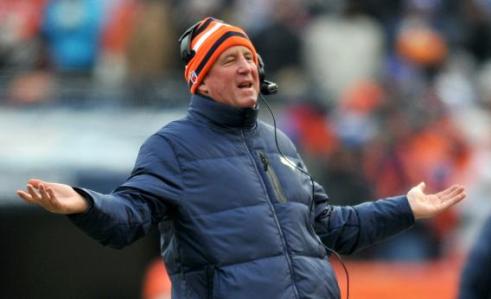 I’ve said it before
And I will say it again:
NO NO NO NO NO

This whole season has been so frustrating because the Broncos have a ton of talent but it’s just not being demonstrated on the field. Any lingering hope I had for this season is officially gone now that we’ve lost five goddamn games in a row. However, at least the Chargers are also 3-6, so maybe we’ll at least have a better record than them by the time the season is over.

Better than nothing
Our season reduced to this
Hate Philip Rivers

Excuse me while I go put on a Peyton Manning jersey, sit in the corner, and cry while I remember better days.

← Pace Yourself: Go Faster (or Slower)
The Realism of Fantasy →