When branding yourself as a writer, there’s no need to pick a single genre if you don’t want to. If you’ve primarily written romance or mystery and you want to branch out into true crime, there’s nothing stopping you from doing so. Fans of your writing might prefer when you write one genre or another, but your creativity shouldn’t be limited to one style of writing if you don’t want it to be.

Perhaps the best example of a prolific author who hasn’t let himself be pigeon holed by one genre is Neil Gaiman. He is probably best known for his darker fantasy and sci-fi works like the Sandman comics and American Gods, but he has by no means limited himself. Gaiman has written everything from comics to novels to nonfiction essays to music biographies to TV episodes to movie scripts to children’s books.

Gaiman’s bibliography goes on and on and he doesn’t show any signs of slowing down. His attitude seems to be one of if he thinks of an idea for a story, he goes with it. He doesn’t appear to stop and worry if something isn’t “on brand” for him as a writer; by doing what he wants, that becomes his brand.

Another excellent example is Stephen King. I know, I know, why am I referencing the master of horror? Or rather, the “king of horror” if you will. 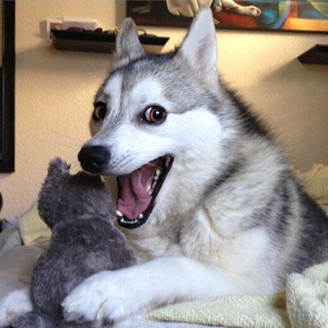 Stephen King has said repeatedly that he doesn’t consider himself to be a horror writer, despite the fact that he is often characterized that way. His stories tend towards the dark side, but he’s written across a variety of genres outside of horror including thrillers, crime procedurals, fantasy, literary fiction, and YA. In fact, one of my favorite books of his, 11.22.63, would be best categorized, in my opinion, as a time travel love story.

Another of his books, Joyland, has a framing storyline about a murderer at a theme park. However, for the bulk of the book, that almost seems like an afterthought to the more important story of a young man who befriends a terminally ill boy and his mother. King’s true skill is in writing well and creating engaging, realistic characters that make for a compelling read, regardless of genre.

I don’t by any means consider myself to be on the level of Neil Gaiman or Stephen King, but I have personally written across a wide variety of genres, both as a ghostwriter and as a regular author. Romance and erotica are the obvious genres I discuss most on this blog, but I’ve also written sci-fi, post-apocalyptic fantasy, psychological thriller, literary fiction, historical YA, and humorous nonfiction.

Lately I’ve started working on my first murder mystery novel and although it’s uncharted territory for me, it’s really, really fun to try something new. And, honestly, life is too short to prevent yourself from exploring new methods and ideas in your writing. After all, if Neil Gaiman and Stephen King can do whatever they want, why can’t you?