A little over a month ago, I stopped shaving my legs and underarms. I haven’t lost access to razors and I’m not trying to make a statement; I just couldn’t figure out why I was shaving my body hair.

It’s always seemed like a foregone conclusion: if you are female, you must remove your body hair in order to be feminine and attractive. Men can be hairy, but women are never allowed to be. In addition to being very limited thinking from a binary standpoint, I realized that I’d never questioned that policy. Why must I shave? Why is it better to pretend that I haven’t gone through puberty? Why do I only view myself as being attractive and acceptable when I’m hairless? Half of my shirts are tank tops, but if I haven’t shaved that day, that means half of my wardrobe is out of commission. Why should my clothes have to have qualifiers?

More importantly, why am I spending so much time thinking about body hair? I have shit to do.

Gillette created the first disposable razor for men in the 1880s. Wanting to expand their market, they developed a razor for women (i.e. the exact fucking thing, but pink) and told women they needed to start shaving under their arms in 1915. Harper’s Bazaar featured the first razor ad in their magazine which said, “Fashion says evening gowns must be sleeveless or made with the mere suggestion of gauzy sleeves of tulle or lace. The woman of fashion says the underarms must be as smooth as the face.” Okay, fine, some people prefer not to see underarm hair. Different strokes for different folks. Marketers then took this idea that hair on women is disgusting and began to perpetuate this idea to sell a variety of other products which eventually evolved to that bright pink area in the Target health and beauty section.

I’m not going to bother going too deeply into the pink tax here because that’s too big of a topic to be an aside in a blog post about armpits. Instead, I’d rather focus on the fact that women shaving their legs and underarms came into fashion mainly so companies could sell them a bunch of overpriced shit. It became so ingrained in us that now it’s just something we do and perpetuate to future generations. If you think about it, it’s pretty fucked up that we tell girls that as soon as they hit puberty, their natural state is gross and needs to be corrected if anyone is going to ever find them attractive.

The first time I wore a tank top after I quit shaving, I was very nervous (and not just because I suffer from soul-crushing anxiety). I guess I assumed people would run away, shrieking in disgust. But instead, what happened was . . . nothing. Absolutely nothing. If anyone had a problem with my natural hair, no one said anything to me. And really, why should I care? I’d stopped shaving but I was still spending so much time worrying about how other people saw me. Plus, people pay way less attention to us than we think they do.

I asked myself how I felt after not shaving, and I realized that I feel really happy. I can wear whatever I want without feeling like certain items in my closet are “off limits.” More importantly, I feel more comfortable in my own body than I have in a very long time, maybe ever. I think that confidence comes from making an active choice about my own body. I wasn’t doing something simply because everyone told me I was supposed to do it. I feel like I’ve reclaimed my body as my own.

Some people view underarm hair on women to be unhygenic, but I haven’t found that to be the case. In fact, my underarm skin feels a lot healthier now because it’s not all dried out and covered in razor burn. I’ve also learned the hair wicks away moisture and that can reduce the amount of smelly bacteria in your armpit. 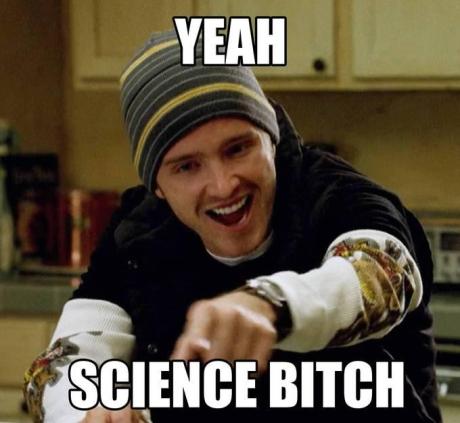 Even so, I still wear deodorant, so I don’t think I smell any worse than I normally do (either that, or my family and friends are exceedingly polite).

In writing this article, I don’t want to tell anyone else what to do with their body hair. If you want to stop shaving, cool. If you like shaving, that’s cool, too. The important thing is that it be your decision. I’m not even necessarily committing to never shaving my legs or underarms again. But if I do, it’s going to be because I want to, not because I feel like I have to.

One thought on “On Body Hair”