The very first piece of writing I ever had published was a poem about oceans. I was 11 and I entered a state-wide competition through my school and mine was one of the poems chosen for a kids poetry anthology. Each kid chosen for publication received a copy of the book and I was beyond thrilled. Being 11 and thoroughly delusion about my abilities, I was convinced that I was about to be the next big name in writing and Random House was going to show up at my front door, begging me to let them publish my genius. While I waited for this inevitability to happen, I anxiously waited for the arrival of the anthology. Finally, it arrived. I ripped open the padded envelope and held the hardcover, leatherbound book in my hands for a moment. This is it, I thought. I’ve made it. The spine of the book crackled as I opened to the index, searching for my name. I was deeply disappointed to find that my poem wasn’t listed first, but then I realized the poems were printed alphabetically according to the authors’ last names, not by ranking from best to worst. I thought that was kind of them to do for the other kids so they wouldn’t be overshadowed by my brilliance. I found my listing and flipped to the appropriate page. I didn’t even bother to read my poem; instead, I just stared at my name in print. I was in awe, a feeling I still experience every time I see one of my books in a bookstore. When I was done staring at my name, I closed the book and put it on the bookshelf. Occasionally, I’d pull it out and look at my name again, but I never even bothered to read any of the other poems. 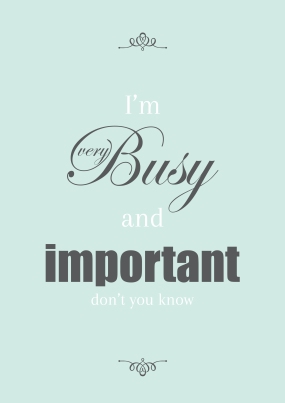 To announce my publication, I emailed a copy of the poem to my aunts and grandparents. It was about oceans and secrets and was

The way writers do
When they don’t

What they are
Doing.

As if the poem wasn’t insufferable enough, I signed off on the email with “love, the poetess.” Luckily, my family members were entirely too polite to point out to me how annoying that was. Instead, they congratulated me on the publication and then we all moved on to less self-aggrandizing topics.

In late October of 2010, my grandmother passed away. My dad and I knew it was coming and had plans to fly out to see her, but she died the night before our flight. We flew to Oklahoma the next morning anyway to be with family and to help out with settling my grandmother’s affairs before the funeral. At the time of her passing, my grandmother was living in an assisted living facility and her one bedroom apartment needed to be cleaned out to make room for a new resident. As my family and I began to go through her stuff, we quickly realized the amount of crap she had crammed in her closets. Broken Christmas decorations, promotional flyers, used gift wrap–you name it, she had it. Having grown up during the Great Depression, she hardly ever got rid of anything. Sometimes this was baffling, like with the broken decorations, but other times my grandmother’s hoarding worked out in our favor. My grandmother saved every photograph she’d ever taken, which was amazing for all of us. We got to relive family memories like my cousin’s glamour shots from the 80s and my uncle’s multicolored velvet bell bottoms from the 70s. We also got to see old photos of my dad and his sisters from when they were kids and even further back, when my grandmother was young. We also discovered that my grandmother kept a file cabinet with a folder for each of us. Inside were bits and pieces of our lives that she’d kept over the years. Inside mine, I found cards and letters I’d sent and a tooth I’d lost while visiting them when I was 6, along with other miscellaneous memories she’d decided were worthy of saving. I dug through my folder and there, stuck in the middle of everything, was the email I’d sent when I was 11 with my overly dramatic and grandiose poem. It didn’t matter that the poem had sucked; she’d saved it because she loved me.

Looking at these glimpses of my grandmother’s life, especially the parts before she married my grandfather, I realized how little how little I actually knew about her. I knew she was kind and generous and loving, but I knew practically nothing about her likes and dislikes. I didn’t know what kind of books she read or her favorite food or even her favorite color–nothing. When I was younger, I visited my grandparents for a week each summer. You’d think I would’ve learned something about my grandmother, but each time I visited my grandparents–later just my grandmother after my grandfather passed in 2002–they made the whole visit about me. I was the youngest grandchild and beyond spoiled with unlimited access to the computer, frequent visits to the library, and several shopping trips. 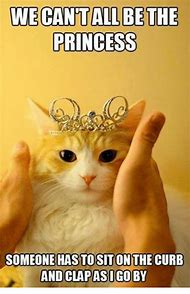 Once, when I was about 15, my grandmother told me about an idea she had for the two of us to take a bus trip to Missouri, or “mizurra” as she pronounced it. I’m not sure how serious she ever was about this plan, maybe it was just a passing idea, but it never came to anything past that conversation in the breakfast room. Maybe if I’d brought it up again then something could have happened, but I never did and neither did she. Then my grandmother’s health began to decline and the Alzheimer’s precluded us from ever taking a bus trip, or any other kind of trip.

When I think about my grandmother now, eight years after her death, I feel a mixture of sadness and guilt. I miss her and I regret not taking the time to get to know her better. I can excuse some of the time I had with her based on me being a little kid, but I was 23 when she died. I could’ve done better. I should’ve done better. But I didn’t, so now I’m left with photographs and scrapbooks and a print out of an awful poem I wrote. Sometimes I study the pictures like an archeologist, trying to piece her back together, but I never can. Instead, I have to wait for my family to tell me stories so I can attempt to assemble a picture of who my grandmother was.

I sometimes wonder if she’d be proud of me as a writer. I swear a lot and I think she’d be horrified by my writing erotica, but she might have liked some of my other real person writing (with the exception of how many times I use the word “fuck”). I may not know as much about my grandmother as I’d like, but I do know she loved me (she’d have to in order to save that garbage poem about oceans from when I was 11). Even if she didn’t like what I wrote, I think she’d be pleased I’m doing something I love. And really, can we ask for much more than that for those we care about? I’m a parent now and all I really want is for my son to be happy and healthy. If he wants to write terrible poetry, I’ll save every poem he shares with me so then, after I’m gone, he can find it and receive one last reminder that I loved him.

← Shameless Self Promotion: a Guide
Christmas Music as Writing Inspiration →