This might not sound like the best sense to use in writing because . . . well, let’s be honest, the human body doesn’t always produce the best smells. However, the sense of smell can be really instrumental in arousal (think of pheromones), so excluding this sense really isn’t an option.

Starting with the broader scene before moving into more intimate smells, consider what kind of smells the environment might have in your scene. Are there scented candles around? What kind are they? Are your characters in the kitchen while something is cooking? Maybe they’re outside–does it smell like rain? Has the grass recently been mowed? Are they near a beach and can smell the salt in the air? Are your characters in a dorm room and the roommates haven’t taken out the trash in a month? Generally, I’d recommend focusing on more pleasurable scents, but hey–sometimes you have to set the scene and accuracy counts.

Artificial scents include items like perfume, bath products, breath mints, and so on. Perhaps your character can smell the lingering floral notes of their partner’s shampoo, or the smell of cigarette smoke is still lingering on their clothes. Can they smell the mint of their partner’s toothpaste? Wine on their lips? Basically, consider any additives to your characters and think about how you might be able to incorporate them into your narrative.

Here is the part where it’s necessary to pick and choose which scents you’d like to highlight.

Sex can be a vigorous activity, and your characters are likely to work up a bit of a sweat. I’m not necessarily recommending one character shove their nose in the armpit of another person (unless you’re into that), but if your characters have been particularly vigorous, it might be worth mentioning. Consider the various possible genital smells–there’s a very primal part of humans that are drawn to each other’s natural musk.

Another natural smell worth considering is urine. While this isn’t everyone’s cup of tea,

some people have a preference for this type of sex play and there are some options to think about when describing urine. Does it smell acrid? Did the character just have a bunch of coffee? Is the smell lighter because they’re well hydrated? 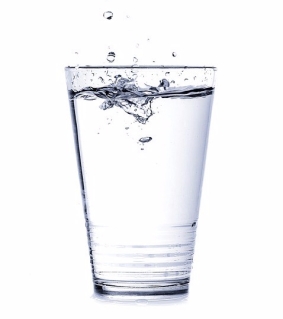 The sense of smell is deeply tied to memory and we’re often attracted to smells we remember, so that could be something worth incorporating into your scene. Maybe your character lost their virginity while vanilla candles burned nearby and now the smell of vanilla turns them on? Play around with some ideas and see what fits best for your characters.

I hope these quick tips are useful for your next scene. More than anything, just have fun with it. Sex is fun and your writing should reflect that, so get busy!

Are there any other scent elements you think I should have included? Let me know in the comments!

If you like what I’m doing and would like to support an independent writer, buy me a cup of coffee, or contribute to the operating costs of this website, you can do so here. Thank you so much for your continued readership and support!

One thought on “The Sensation of the Senses: Smell”