Despite being crushed by my own whiteness, I kept going through week 2 of the country music workouts. This week’s routines were called things like “Down and Dirty” and “Bring the Heat” which make me both sad and a little hungry for some hot wings.

On Sunday of last week, I took the prescribed rest day. I expected to start the workouts again on Monday feeling refreshed and strong, but instead I felt like I was on the first day of this 30 day challenge. I was gasping for air, crawling on my knees for my water bottle, and wondering for the thousandth time why I want to be in shape when watching Gilmore Girls reruns requires absolutely no effort whatsoever.

Despite my near death experience, I did notice that the video played a completely terrible version of the song “Footloose.” Luckily, that was distracting enough to help me push through the workout to the end.

I’ve also come to realize that any dance moves involving quick footwork just lead to me flailing around like I’m on fire.

When I saw the name of this particular video, I expected it to be just another hokey name. However, I soon realized that the name was a warning because my legs were on fire by the end of it because nearly the entire video is done in a squatting position. Have you ever spent 30 minutes doing squats while also dancing like an asshole? Because I have. At one point, I just started shouting, “NOPE! NOPE! NOPE!” as I collapsed on the ground. 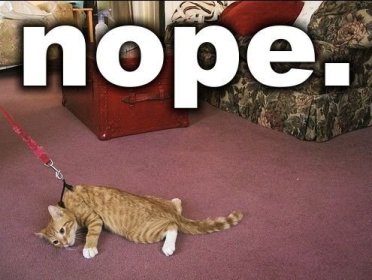 I’ve started to become suspicious of the instructor. She is still just as beautiful as last week, possibly more, but I’m starting to suspect that she’s a robot. She doesn’t sweat, she never gets out of breath, and she’s able to keep up a running commentary during every one of the moves. Now, you might be tempted to point out that she’s obviously in really good shape whereas I am not, so of course this isn’t hard for her. But I will kindly tell you to shut up because I feel better about my inability to keep up with the dance moves if I think she’s a robot.

There’s one cast member who is supposed to demonstrate modified, low impact variations of the dance moves for those of us with shitty knees. As someone who managed to ruin both knees AND both ankles while bartending, I fall into this category. However, the modifier (whom I’ll call Jumping Jenny) doesn’t actually modify most of the moves. In fact, she only stops jumping when the Beautiful Teacher Robot says something like, “If you need to modify, follow Jenny! She’s not jumping!”

Most of the cast members are fine, they’re just working out and showing waaaaaay too much enthusiasm for country music. Although, I guess that’s preferable to them looking bored AF during the workouts because I imagine that wouldn’t sell many videos. There are two guys, however, that stand out for all the wrong reasons.

Country Crotch Grabber: This guy isn’t on screen a lot because he’s been relegated to the side of the group, but every time the camera is on him, he’s grabbing his basketball shorts and pulling them up tight around his crotch. I’m not sure if he’s imagining he’s holding onto a belt buckle or this is his way of showing enthusiasm, but it’s weird and leaves nothing to the imagination.

Desperate Danny: This guy’s name isn’t Danny, but he sure is desperate. He goes above and beyond in an attempt to stand out, which just gets a little sad. He holds an imaginary belt buckle, he tips an invisible cowboy hat, he plays a LOT of air guitar, and any dance move involving bent knees means he’s going to scrape his knees on the floor to show how dedicated he is to this workout. What’s more is that every time Beautiful Teacher Robot compliments someone else in the cast, Desperate Danny revs up his antics in a not so subtle attempt to get the instructor to pay attention to him. I’d feel sorry for him if I didn’t want so badly to punch him in the face for the invisible cowboy hat thing.

Coming Up Next Week

There’s a dance routine called “Trail Ride” and I’m afraid this means I’m going to be riding an imaginary horse a lot. I don’t have much dignity left at this point, but whatever shred is still there will surely disappear once I lasso a pretend steer.