How to Kill (Fictional) People 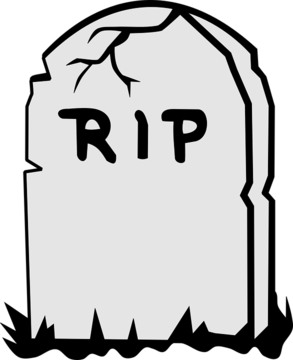 Note: This post contains spoilers about character deaths in books.

Sometimes in the course of writing a story, it’s necessary to kill some of your characters. Although I can’t find the exact quote, I remember reading somewhere that JK Rowling said that offing characters was an occupational hazard of being a children’s author. As a result, she annually apologizes for killing someone in the Harry Potter series.

However, JK Rowling did say that she only felt bad about killing one of them: Florean Fortescue, a wizard who once gave Harry Potter free ice cream in the third book. Her guilt stems from the fact that his death ended up being somewhat unnecessary, which means that everyone else’s death in the series served another purpose.

Much like JK Rowling, if you are writing, you will inevitably need to send someone to sleep with the fishes. To help, I’ve narrowed down the three main types of death to give your (fictional) people.

This is a classic and most satisfying type of death. It’s usually reserved for your villains who finally get what’s coming to them. The Wicked Witch of the West is doused in water, Voldemort is defeated in the Great Hall, King Joffrey is poisoned at the Purple Wedding–you get the idea. After the pain and suffering these villains have caused the other characters, it feels so good to see them defeated. There is no more lingering threat of these characters because they’re dead and gone. To effectively pull off this kind of death, you have to be sure your villain is really horrible. The more terrible the villain, the bigger the payoff when they’re finally dead.

Method #2: Right in the Feels

As writers, it’s our job to make life miserable for our characters. Happy people without conflict make for boring stories and your reader has no motivation to keep turning the pages. So, with that in mind, let’s kill some characters!

These are the sort of emotional deaths that, if done right, will fuck up your readers for years to come. One that immediately comes to mind is the death of Augustus Waters in John Green’s The Fault in Our Stars. As a reader, you spend the entire book preparing for Hazel, the narrator, the die because she has cancer and everything is bullshit. But then, her kind, sweet, wonderful boyfriend who uses his Make-a-Wish to take Hazel to Amsterdam to meet the author of her favorite book who is SUPPOSED to be in remission dies because his cancer comes back and GOD DAMMIT, JOHN GREEN, WHY DID YOU DO THIS TO ME?

Another example is in The Mockingjay, the final book in the Hunger Games series. Katniss’s entire motivation for the series is to save her sister’s life: it’s why she volunteered to go into the arena in the first place. Everything Katniss does is ultimately for her sister. Then to have Prim killed at the end of the revolution–by a bomb designed by Gale, no less–was absolutely heartbreaking.

In his books, George R.R. Martin is known for having a ridiculously high body count. Some of his deaths are deserved, some are painful, and some happen simply because sometimes shit happens (Oberyn, anyone?).

The last kind is the sort of death that will keep your readers on their toes. Will some readers complain that the character died unnecessarily or too early? Sure, but I think that adds an element of realism to your writing to include a random death. It’s a grim reality of life that some people are simply taken too soon and for no apparent reason.  Is that complete and utter bullshit? Of course, but that doesn’t make it any less true.

What is the one literary death you’ve never gotten over? Let me know in the comments!