I’m a little embarrassed to admit this, but when I woke up this morning I was really sore. I felt like I’d gone for a run or something, but all I did yesterday was clean. Jon tried to make me feel better by pointing out that I was on my feet all day and I worked really hard to clean, but let’s be honest: the muscle soreness is a reflection of how out of shape I’ve gotten lately.

Day 2 went a lot more smoothly than Day 1. Maybe it was because I knew what to expect from the daily maintenance chores, but, regardless, I felt like I breezed through the first part. My weekly chore was to deep clean the bathrooms, which is the one I was dreading the most because ick, bathrooms.

Overall though, the bathrooms weren’t that bad. Sure, it was gross scrubbing in every little nook and cranny, but it was fine. As per the list, I took stock of all the toiletries I have and threw out a bunch of stuff that was expired and although I was initially disgusted by the sheer volume of stuff I had, I feel like I managed to stave off the official hoarder diagnosis. 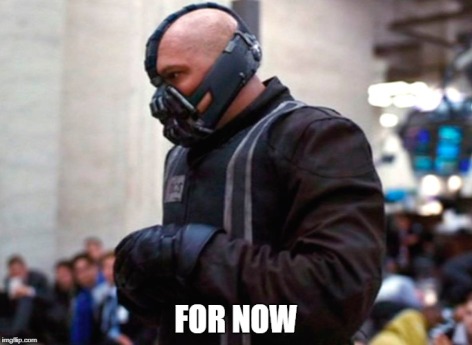 Due to the fact that apparently none of our towels were clean, I spent the whole day laundering towels and bathroom rugs and shower curtains, much to the horror of my dogs. My dogs are somewhat terrified of the washer and dryer, which dates back to about eight years ago. Jon and I were living in an apartment that came with a washer and dryer. On a couple of different occasions, the load of laundry in the washing machine was very uneven. This caused the washer to literally burst out of the laundry closet, knocking the door off of its hinges as it stomped toward us like it was hellbent on revenge. Despite the fact that we moved out of that apartment and now own our own washer and dryer, neither of which has ever done this because we’re bougie AF and the washing machine has a sensor that autocorrects an uneven load, the dogs have never forgotten this and quiver in terror every time I do laundry. As was to be expected, both dogs have absolutely hated the volume of laundry I’ve done over the past two days.

However, despite the dogs’ discomfort, doing all of our laundry like this has made me realize that we don’t actually have the space to store it all because we have SO MUCH STUFF. Apparently I’ve been relying on having half of our towels in the hamper at all times in order to make everything fit.

I’m not proud of this discovery, but I’m taking the opportunity to weed through our stuff and see what we can donate. At least now that I’m aware of the problem, I can correct it.

Now that I’m done with cleaning for today (laundry included!) I’m noticing something unsettling–I still have the urge to keep cleaning. I’m exhausted, but I’m still looking around my living room, trying to see if I missed a spot while I dusted this morning. I’ve also noticed that I’ve started side-eyeing Jon and Kiddo any time they walk across the freshly vacuumed carpet. Which is ridiculous because they live here and should feel free to enjoy their home, especially now that it’s so clean you could do surgery on nearly every surface. Besides, it’s not like I’m not going to clean again–any infinitesimal amount of dirt that might collect in the carpet will get vacuumed tomorrow. I’m just going overboard, but that’s not a great thing to see when I’m only on Day 2.

On the plus side, I decided to partake in the list item that suggests I change into something more “festive” at the end of the day. I changed out of the t-shirt I wore while cleaning the bathroom and into a clean shirt, so I’m pretty sure that counts.

Click here to support me on Patreon and receive writing tips, prompts, and exclusive content available only to patrons!