Ordinarily, I don’t include anything in my Throwback Thursday posts that are dated after 1999 and Shriek If You Know What I Did Last Friday the 13th is from 2000. However, because I recorded this movie off of my TV on a VHS, I figured I could make an exception.

Shriek If You Know What I Did Last Friday the 13th is, as you probably guessed, a parody of teen horror movies like Scream, I Know What You Did Last Summer, and so forth. It was a straight to video production that is exactly as dumb as it sounds and is filled with fart and sex jokes. A killer is stalking high school kids and attempting to murder them, but they keep accidentally dying so the killer doesn’t actually get to kill anyone: the Drew Barrymore-esque character at the beginning (Screw Frombehind, played by Aimee Graham) runs into a bug zapper and is electrocuted, the dumb jock Slab O’Beef explodes due to an overuse of steroids, Barbara Primesuspect dies from an allergic reaction to bee stings, and the Administrator Formally Known as Principal is electrocuted in a hot tub.

In spite of this being such a terrible video (it has a 14% rating on Rotten Tomatoes), it actually features a pretty recognizable cast:

Coolio
Yes, as pictured above, the Administrator Formally Known as Principal was played by Coolio. When he is accidentally electrocuted in his hot tub in his office, he’s on a “date” with a sex doll.

The hot dumb blonde is played by Julie Benz who has ended up as a pretty prolific actress, most notably as Dexter’s wife on Dexter. Spoiler alert, her death on that show is way worse than dying from bee stings.

Majandra Delfino played the female lead who is constantly followed by “is she gay?” jokes and this movie came out during the height of Delfino’s fame in her Roswell days. I never really watched that show, but a friend of mine in high school was obsessed with it. For the rest of you trying to figure out where you know her from, she played Dwight’s sister in The Office. 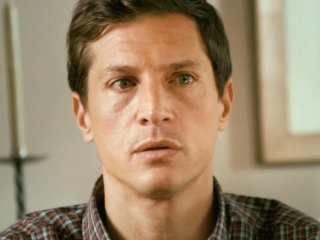 Also known as Dirt Nasty, Simon Rex played Slab O’Beef, the illiterate jock. After Shriek If You Know What I Did Last Friday the 13th, he appeared in such movies as Scary Movie 3, Scary Movie 4, Scary Movie 5, and Superhero Movie. Apparently, starring in parody movies has panned out well for him.

Danny Strong portrayed the sex-starved virgin named Boner (“It’s pronounced Bonner!”) who, at one point, attempts to rape an unconscious girl before he suffers a heart attack and dies, which sort of feels fitting. Fans of Gilmore Girls will recognize him as Doyle, the former editor of the Yale Daily News and Paris Gellar’s true love.

Kelly Kapowski plays Hagitha Utslay, the reporter based on Courteney Cox’s character in Scream. I’m not sure what Zach Morris would think of all this.

Yup, the inept mall cop is played by none other than Tom Arnold, making this movie the second most embarrassing thing he’s ever done (the first, of course, being his Roseanne tattoo). 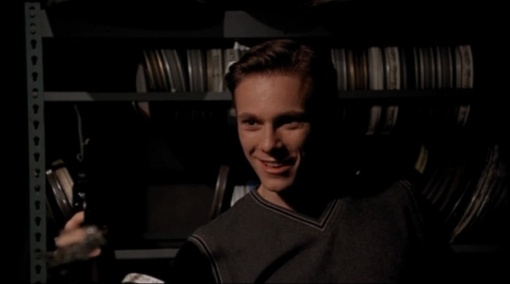 Harley Cross plays Dawson Deery, the male lead and love interest of Majandra Delfino. I didn’t really recognize him from anything else, and it appears that he hasn’t acted in anything since 2004. However, I did find that he was in a movie called Perdita Durango with Rosie Perez and Javier Bardem. In it, Cross and Aimee Graham (Screw Frombehind in Shriek) play a couple abducted and raped by Perez and Bardem who plan to sacrifice the couple. Trying to learn more about Harley Cross took me down a weird Wikipedia rabbit hole that I’m sorry I found.

Among other things, Harley Cross co-founded a vegan, kosher mint company in Los Angeles called Hint Mint, which is about the most LA thing I’ve ever heard.

If you’re looking for a ridiculous movie to watch this year for Halloween, Shriek If You Know What I Did Last Friday the 13th might be the movie for you. Or watch Hocus Pocus for the 700th time. You do you.